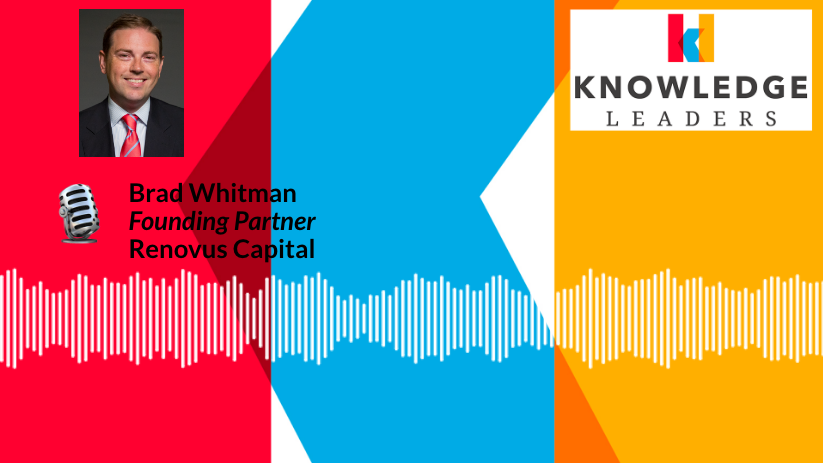 Brad Whitman, Founding Partner at Renovus Capital Partners, discusses why private equity firms have gotten back in the post-secondary education investment game, the focus of the upcoming Capital Roundtable in July.

Todd Hand: This is the focus of the upcoming Capital Roundtable in New York City, July 18th, titled “Investing in Post-Secondary Education-Why more private equity funds have gotten back into the game.” Why did this topic interest you?

Brad Whitman: It’s something that we’ve been seeing first-hand in our own investment business. Going back 15 years, for-profit colleges were in many ways the biggest part of private equity investing in the education sector. There were lots of publicly-traded businesses that were for-profit school systems and there were lots of large private companies too. When I was at Leeds, I did a number of deals in the space and then when we started Renovus, we did a couple of for-profit college deals in 2012, one of which we’ve exited and that by in large worked out.

Then we saw there was a long hiatus when we did nothing in the states. That coincided in part with how the end of the recession and the improvement in the job market partly from increased regulatory scrutiny and partly from over-expansion by the sector. For-profit colleges went through a pretty bad period from 2011 until 2016 or so and private equity stopped doing deals.

There really wasn’t even any company in the market. Schools weren’t doing well and people were not trying to sell. Hardly any deals got done in that time frame. In the last couple of years, things have turned around. I think one thing that’s happened is that good schools have kind of gotten their act together and figured out how to operate under new regulatory regimes and deliver good outcomes for students. There’s also been a lot of capacity that’s left the system.

So, a lot of school systems went out of business in the last seven to eight years. Hundreds of thousands of seats, so to speak, came out of the system.

The schools that survived and improved their operations have started to do well, and you’re seeing that in terms of enrollment growth at both public and private college systems. That, in turn, is what has made the sector investable again. You are starting to see properties come back into the market, and there are properties of schools that are doing well.