Interview with Jaime Casap on The Future of Learning 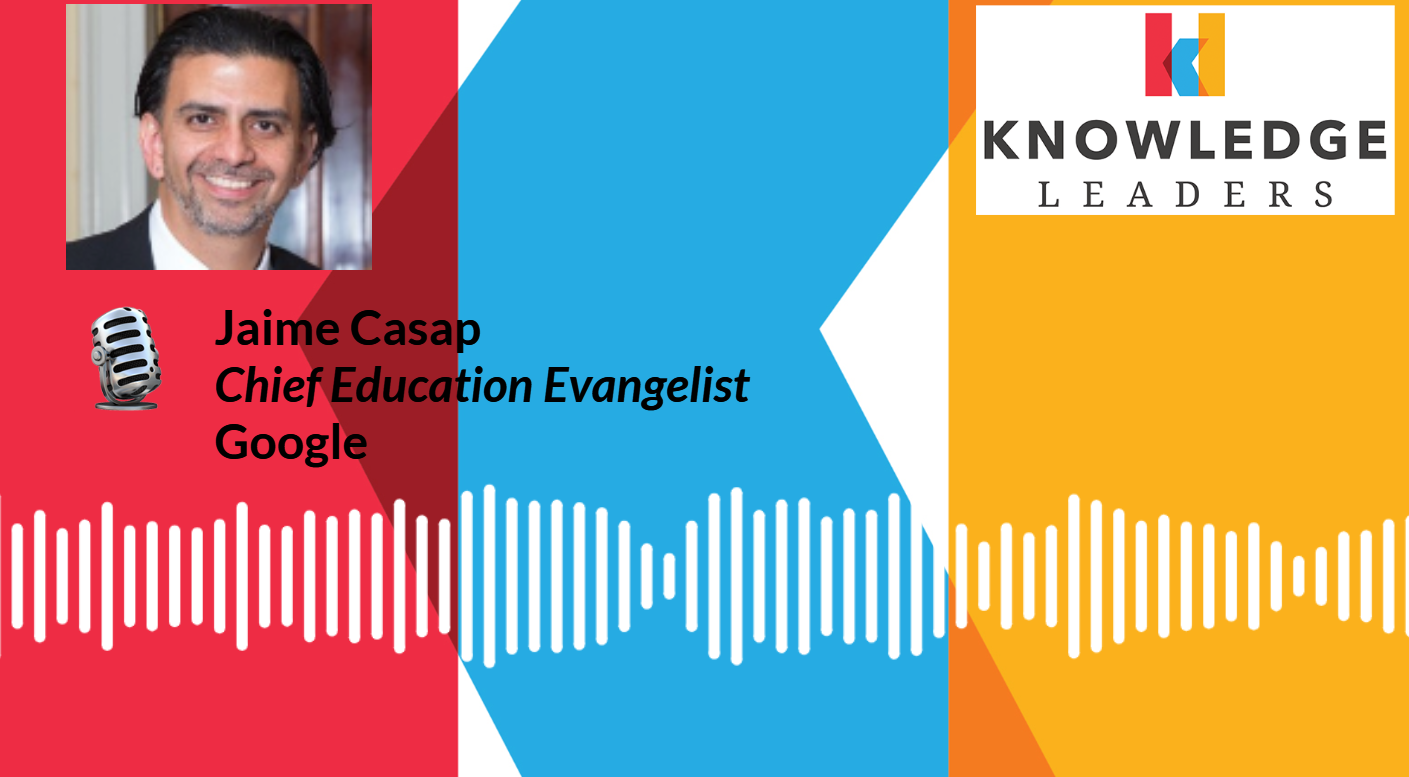 Jaime Casap, Chief Education Evangelist at Google, discusses the future of education, personalized learning and why current learning models are failing. Learn more in this episode of the Knowledge Leaders Podcast, hosted by Todd Hand.

Jaime Casap: Yeah. So your first part is the right part, which is that we’ve been talking about technology and education since the 1800’s. This is not a new concept. Back in 1910 we were having conversations about how motion pictures were going to revolutionize education. In the fifties we were talking about how television…

And I often tell the story, and the old people in the audience will remember this…I took a computer class when I was in 9th grade, even though I’ve never seen a computer before, I was told that computers were going to be important in my future.

I took a programming class. I learned how to program in basic, and I ended up writing like five thousand lines of code over nine months to make a bird fly across the screen on a Commodore 64, right? So we’ve been talking about this for a very long time to your first point.

I think where we need to go now is an understanding that technology has never been that useful. It is now starting to become useful. Right? I think that when you think about a laptop or computer 20 years ago compared to what you can do with it today, the cost of it, the ability of it, what it can possibly do.

The models of learning are set up as an individual player sport thing when we live in team-based world.

So, it’s part of it is technology–it has not been useful, it’s finally starting to get useful and finally getting to a price point that makes sense, you can finally do all the things that you want to do with it. And at the same time, we’re starting to recognize that we need to change learning models.

That one to many, that one teacher in front of the room putting information in the kids heads, is not going to cut it for the next generation.

And so that’s where you are starting to see a disturbance happen. And I think it’s positive.