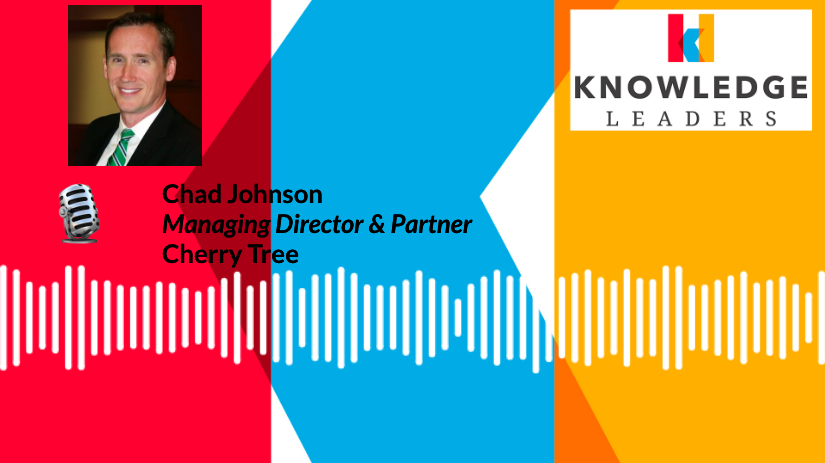 Chad Johnson, Partner & Managing Director at Cherry Tree, discusses education M&A trends and the attention on the Early Childhood Education market being the real deal. He also addresses underreported stories in the education market as they pertain to investment focus.

Learn more in this episode, hosted on the Knowledge Leaders Podcast.

Underreported Stories in the Education Sector

Todd Hand: Any underreported stories? Are you seeing anything that you don’t think is really getting enough attention in the education sectors?

Chad Johnson: One could be that we really are seeing more focus on curriculum companies. This could be a little more focused on our world in the M&A world that historically a lot of the investment was going more towards administrative software systems and direct education and schools and things of that nature.

We’re certainly seeing more funding and more interest in roll-ups in companies on the curriculum side. There are several companies now that have strong financial backing that are doing that so that’s an area that people should focus on.

One thing that I did hear some people talking about at GSV was the idea that, for many of the largest companies in the world, increasingly the US is viewed as a very stable, very staid and not a very exciting market.

They are focusing way more attention on markets like the Chinese market than we realize here in the US.

A lot of the investment and the market development and business development and resources are being focused on some of these large, fast-growing markets internationally, and we may not see it but I think there’s something to that. We certainly have seen a lot of Chinese companies, for example, in the education market, raising large amounts of money in the US.

They are raising money in the US. It’s going into schools in other countries and not to mention that large organizations like Microsoft and Google and Amazon are very focused on those markets as well.

Todd Hand: There’s so much attention to the Early Childhood Education market, is that the real deal or is it hype?

Chad Johnson: It’s the real deal. And the reason it’s real is because it comes from politicians and politicians control funding in education.  You know, there’s a lot of governors that are making Early Childhood Education a centerpiece of their administration.

There is plenty of research that shows that the earlier we can identify kids that are struggling and intervene, the better off they’re going to be down the road. So there’s a lot of incentives societally to try to do that. And the politicians are both reacting to a real issue as well as knowing it’s something that polls pretty well. I think it’s the real deal.

It was definitely a beneficiary of that trend and it was very much involved in helping identify, in that case, struggling readers and building assessments that are more amenable to direct intervention.